The event was held as part of the special project “Matsumura Souryou’s Kabuku Chanoyu” in the new Japanese culture magazine “Bu”. The event was realized with the cooperation of Zenkoku Utamarokai, a general incorporated association that conducts volunteer activities such as delivering relief supplies by Decotora.
(Dekotora: The kitschy world of Japan’s pimped up trucks) 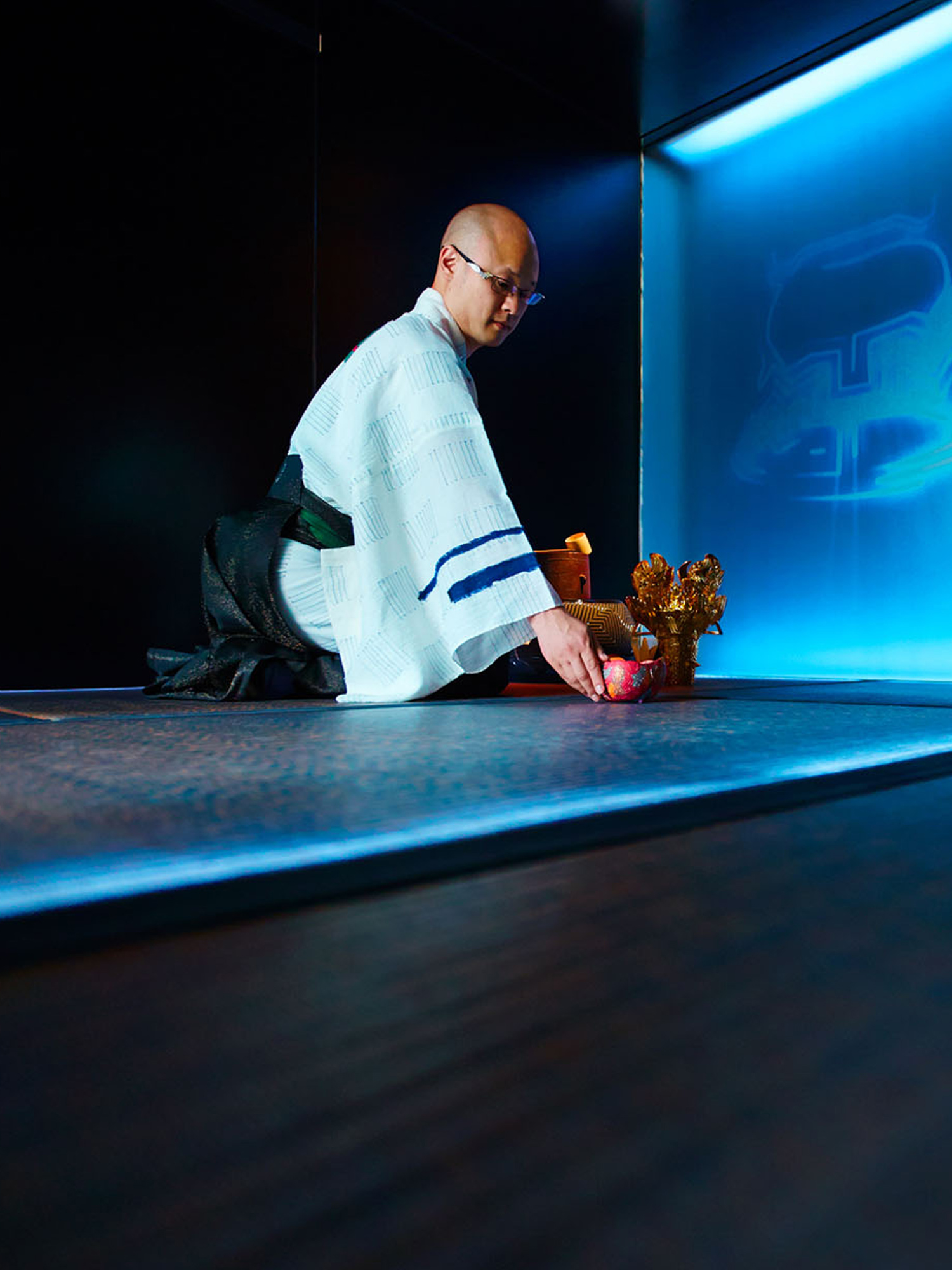 He is the first heirloom tea master. While wandering in Europe as a student, he realized that he didn’t know much about Japanese culture even though he was Japanese, and started learning tea ceremony after returning to Japan.

After returning to Japan, he started to learn tea ceremony. As a member of “SHUHALLY Project”, he runs tea ceremony classes and tea parties with the motto of “making tea ceremony more free and fun”.